Banking crisis is about to happen, warns economist

Banking crisis is about to happen, warns economist

According to an economist, a banking crisis is incoming for Malaysia. He warned and urged the government to set up an agency to work out a solution to reduce the impact. 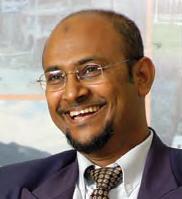 Prof. Dato’ Dr. Ahamed Kameel Mydin Meera, the Managing Director of the Z Consulting Group, Professor in the Faculty of Economics and Management Sciences for International Islamic University Malaysia, and Dean of the Institute of Islamic Banking & Finance for the International Islamic University Malaysia, said he will propose to the government a way to monitor and address a surge in bankruptcies and foreclosures for the coming months.

I believe some of you are wondering what the banking crisis is and its impact. The banking crisis is a financial crisis that will affect banking activities and push the economy into a deep recession. The cause of this unforeseen banking crisis comes from the six-month debt moratorium due to housing and business loans borrowed by Malaysians who have recently lost their jobs. After the moratorium ends in September, the situation will be changed, Prof. Dato’ Dr. Ahamed Kameel Mydin Meera said.

He also mentioned that except for civil servants and other workers on fixed salaries, nearly all Malaysians will feel the pinch as Malaysia is heading for one of the worst economic recessions in the last few decades and might need two years to recover. He noted that the production industry had sensed the heat back in March and the construction sector might need to prepare for a worse outcome.

However there are many experts who predicted a plunge in the price of houses, and Prof. Dato’ Dr. Kameel added a statement saying the demand for business premises will be shrinking as people are shifting to online. “People can now even buy ikan bilis online,” he noted.

To prevent further decreasing in liquidity, the government should take some immediate steps. Liquidity, in this case, refers to not just the amount of money in the system, but also how easily people can transact in the economy. In a way, both supply and demand damages from the MCO have destroyed liquidity, as Prof. Dato’ Dr. Ahamed Kameel Mydin Meera said. He suggested pumping in more funds through stimulus packages and clarifying fund distribution as many businesses did not get the aid promised by the government. He also suggested the creation of jobs in high -tech agriculture, as it is a sector that is said to have the potential to grow during the post-Covid-19 era. Lastly, he pointed out that cheaper access to communication networks and transportation will help to speed up the recovery from a recession in this digital economy era. 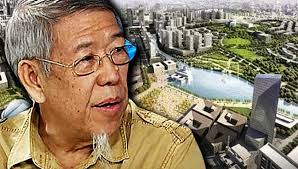 Another economic analyst based in Malaysia, Professor Dr. Hoo Ke Ping, has foreseen that the real state of the local economy would be clearer in September as the country enters the third quarter of the economic year. If the economy slightly rises by September, Malaysia may escape recession and head toward a better state of the economy. However, if the predicted scenario fails to happen then, then Malaysia might enter a deep recession.

True or Not? Just stay tuned for latest news in PrimaBuzz.com .

PrimaBuzz Is Passionate About Exploring Authentic Millennial Experiences In Miri, Definitely Sarawak, One Day Borneo, And In Near Future, All Of Southeast Asia.

#Primabuzz = Not Just Any Buzz

….We Seek To Develop Global Awareness For Things That Have Not Been Discovered In The Local Region.

“Is Not Just Any Buzz, It’s PrimaBuzz!”

Put It Simply, We Cover Any Buzz That Will Entertain You And Of Course, Keep You Informed With The Latest News And Trends On The Move!